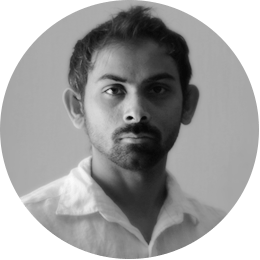 Nirosha Fernando is a platform developer and designer with a strong emphasis on user experience. His well-rounded skillset equips him to build systems that are intuitive, effective and a delight to use. He enjoys finding hidden patterns and connections between different systems and combining them creatively to solve a complex problem.

Nirosha has been designing and building solutions for more than 15 years. He has worked for tech giants such as PayPal, eBay and Yell.com, with roles ranging from web publisher, front-end developer and interaction designer. He has also worked with numerous companies on a freelance basis, producing web apps, websites and marketing material.

An engineer at heart, Nirosha holds a Masters in Computer Engineering from Queen Mary University of London. He is also a talented designer specialising in user interface, UX and branding design.

If you have the right skills, a passion for innovation, and would like to explore opportunities at Launchworks, please get in touch.